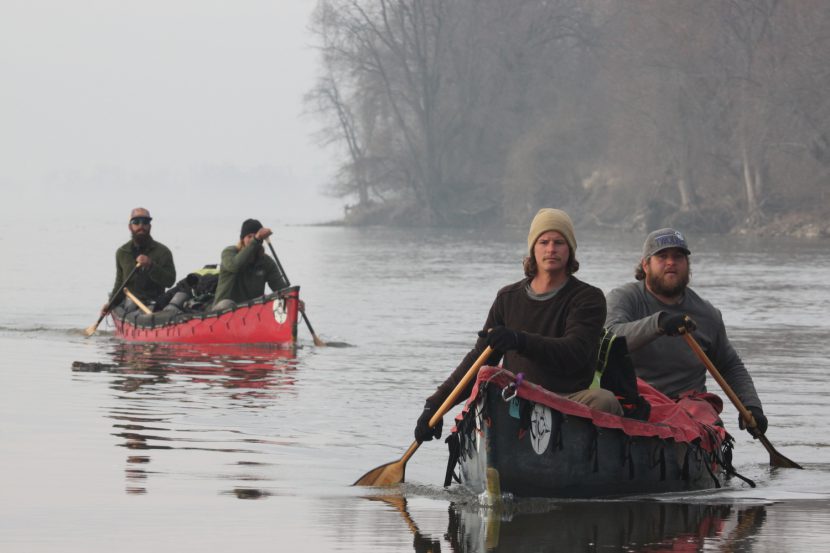 Presented by Sawback Alpine Adventures and the Bow Valley Kayak Club, in cooperation with Paddle Canada, the festival takes place June 16 at Canmore’s artsPlace, from 6-11 p.m.

The Waterwalker will feature 10 films in three groups ranging in duration from five minutes to an hour, with two intermissions. The first break – dinnermission – will feature food by Canmore Pasta Co. and Paintbox Lodge, on-site.

Proceeds from Waterwalker will go to the kayak club and the national organization. Tickets are $22 for adults, $8 for students 6-17 and free for kids under five. The dinnermission at 7:15 p.m. is $10 for adults and $5 for kids.

The Waterwalker is Canada’s oldest paddling film festival and is a non-commercial service that raises money for its Bill Mason Scholarship and offers a fun and affordable evening of entertainment for paddling enthusiasts across Canada.

Films are chosen by a board and include offerings ranging from whitewater, to kayaking and canoeing, action and lifestyle.

“The films were chosen from 15 categories this year,” said Tom Wolfe of Sawback, a board member himself. “Then we selected from a short list to get films for as broad a spectrum as possible. There are no sea kayak or SUP films this year, but what we have ranges from a kayak trip in the Himalayas (Alone on the River) to a film about the first women in Outward Bound (Women Outward Bound) to dropping into waterfalls in Iceland (the appropriately named We are not Ready) to an 13,000-km trip from the Gulf of Mexico to the Arctic (Rediscover North America) – that’s as epic as it gets.

“We’ve got everything from documentaries to action, canoe and kayak and it’s a really strong selection. We had a sellout of about 135 people last year and we’re hoping to do the same this year.

“This is a great fundraiser for the kayak club and funds go to youth programs, coaches, and to Paddle Canada. We raised $1,000 last year and hope to do better than that this year.”

Funds raised for the roughly 100-member Bow Valley Kayak Club will have a “focus on our youth programs,” said Jay Honeyman. “More kids are getting into paddling and kayaking specifically. Some of it goes to coaching and some to things like spray skirts.

“Last year the festival was really well received, the place was filled. Our kids work as volunteers as the event and there are lots of families and kids who take it in. Obviously, there’s a niche here that’s ready to be filled.”

Kayak club kids range from six years old to their teens and the season runs May through October, although some members also meet Fridays for pool session through the winter months.

Other samples of the films this year include:

Alone on the River (Stephane Pion/WeAreHungry). In the heart of the Himalayas, five world-class paddlers embark on a month-long self-supported kayaking adventure. In this spectacularly harsh world of snow, rock and water, they’re faced with a myriad of challenges. Duration 36:55.

Together to the Tundra (Dan Clark). TUNDRA = BUGS = CRAZY right? There is a lot more to the tundra than bugs, but few visit this northern wilderness. Paddling ancient waterways, a extended family discovers an exotic realm that is more isolated, varied, and memorable than we imagined. 21 minutes.

Tickets at artsPlace (artsplacecanmore.com, phone or in person) or at http://canmorepaddling.com, or through Wolfe at 403-707-9996 or by emailing twolfe@sawback.com.