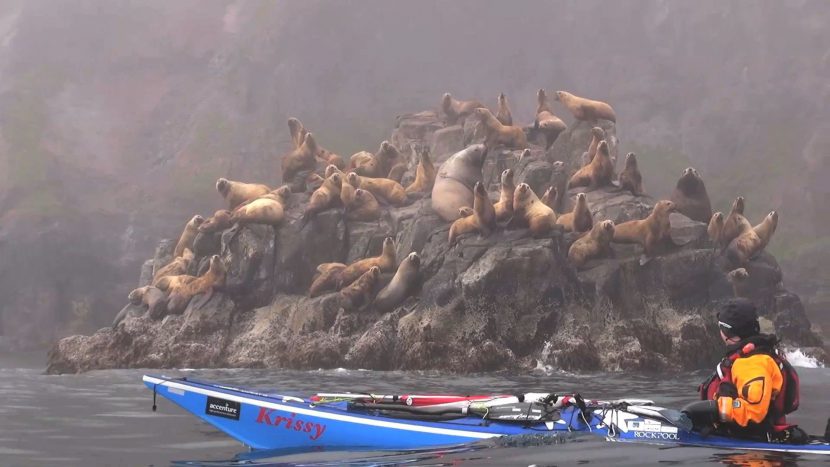 While the Bow Valley is well known as a location for film festivals that outdoors enthusiasts flock to, a new offering is being made available in June.

Produced by Rapid Media, the Reel Paddling Film Festival is an international adventure film tour presenting the world’s best paddling films of the year – whitewater, sea kayaking, canoeing, SUP, action and lifestyle – in more than 120 cities and towns across Canada, the United States and around the world.

While the festival has been around for 11 years now, it’s the first time for Canmore and the idea of hosting it, said Tom Wolfe of Sawback Alpine Adventures, originated with a slide show last fall.

“Over the last few years, it seems more and more families are getting interested in paddling,” he said, “and with the Bow Valley Kayak Club working with kids, there’s been a surging interest.

“Last fall I set up a slide show where families could show what they’d been doing, from Kananaskis day trips to rafting in the U.S. and kids in the kayak club.

“We ended up with 70 or 80 people and I thought with that much interest, it shouldn’t be too tough to get a festival. I talked to kayak club members and they were interested too.”

With 21 inspiring paddling films shortlisted for the World Tour, including the 10 festival category winners, there is a lot to choose from, and Wolfe intends to narrow the selection down to manage one evening of entertainment.

“The business community has also been pitching in,” said Wolfe, a mountain guide who paddles recreationally. The black box seats 105 and we’ll have floor seating for kids (tickets are cheap for youngsters) and we’re hoping for a good turnout.

“In future, we may make it a multi-day event, but for now, we want to keep it manageable. The goal is to make sure this runs well first.”

Audiences can expect a fun, social and entertaining event inspired by compelling films like: Martin’s Boat – honouring the legacy of Martin Litton with an expedition in the Grand Canyon; Kayaking the Aleutians – more than 2,500 kilometres and two open water crossings across the remote and stormy stretch of islands between Russia and Alaska and Paddle for the North – six mates, three canoes, two dogs, and two months along 1,500 km of remote North American rivers, among others.

Proceeds from the festival will go toward youth programming at Bow Valley Kayak Club.

Wolfe believes that, with interest in human-powered craft on the rise, festival attendance should be high.

“SUPs (stand up paddleboards) have really taken off locally,” he said. “They’re easy to use, you can throw them on your roof and they make it fun and easy to get out on the water and get some exercise.

“Canoes and kayaks are popular and there’s a growing interest in surfing on the Kananaskis River. Paddle sports have always been popular, but I think it’s a golden age for them right now.”

The festival begins at 6 p.m. For more info, tickets, or to view trailers, visit canmorepaddling.com or email Wolfe at twolfe@sawback.com.